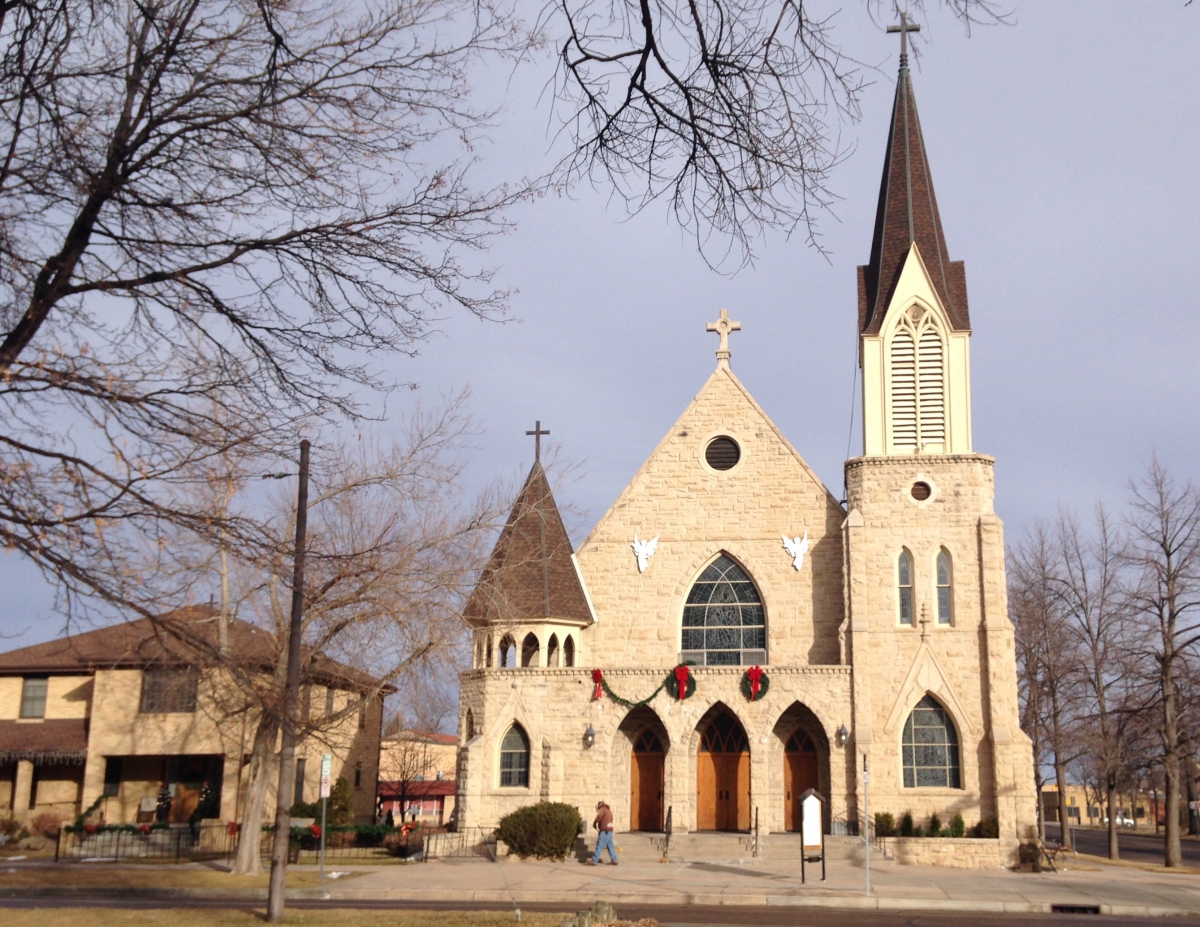 Traveling priests (called missionaries) visited Fort Collins between 1866 and 1878, treating the area as a Mission parish. Services were held in people’s homes. Bishop Machebeuf returned to Fort Collins in 1878 to say mass in the Old Grout building. This was the first Catholic service held within the boundaries of Fort Collins. During that same visit, the bishop authorized Frank Michaud to buy the old school house at 115 Riverside. Father Abel was also assigned to the church at that time.

There was a succession of priests over the following years until, in 1899, Father LaJeunesse (a Canadian) was sent to St. Joseph’s. With 1000 parishioners, he felt that the old school-house- turned-church was no longer suitable. He purchased land at the corner of Mountain and Howes over the objections of some parishioners who felt that a new church would be too expensive. In 1901, the construction of the stone building was completed. It is the only church building in the city of Fort Collins built before World War II in which the same congregation for which the church was built still meets in the same building. While other congregations outgrew their buildings and either demolished them or sold them off in order to move into larger places, the Catholics would create a new parish and those that lived within its boundaries would simply attend the new church.

The church building was remodeled in 1960, more than doubling the size of the original. That’s when the familiar arches out front were added and the entrance was moved. The school also underwent remodeling in 1965.