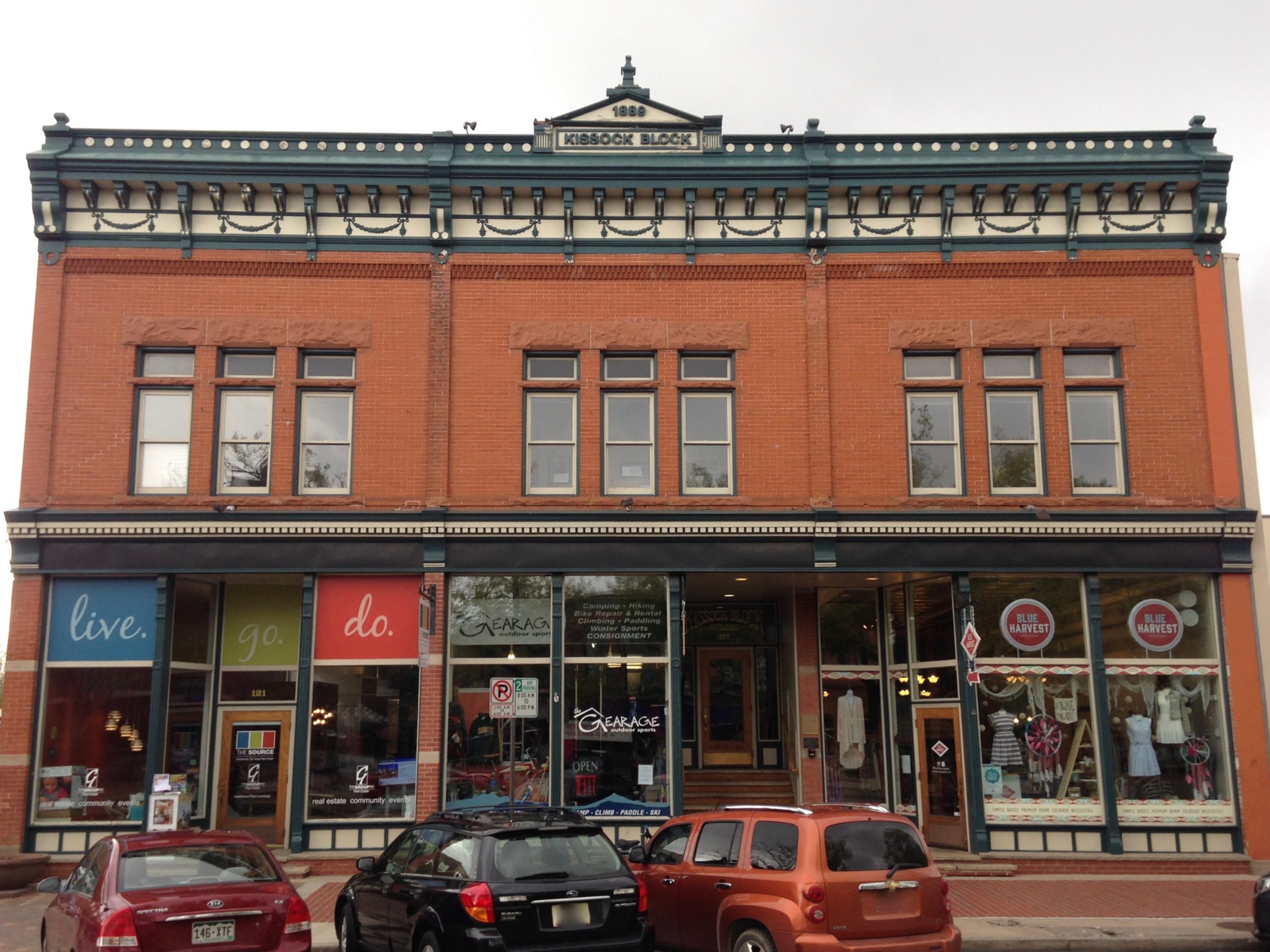 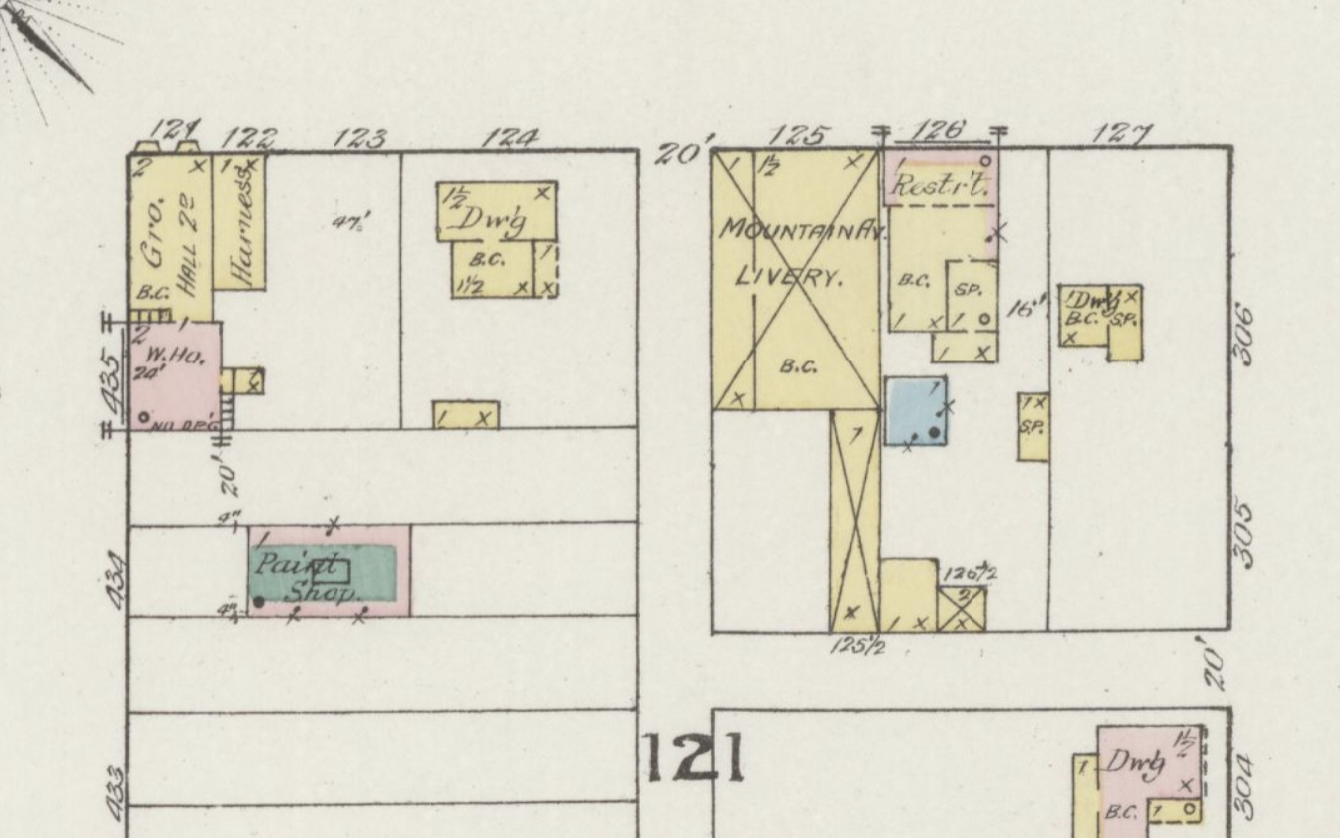 In the 1886 Sanborn map, we can see, from College to Remington along E. Mountain: A grocery store with a Hall on the second floor, a harness shop, a house, the Mountain Avenue Livery, a restaurant and another house. 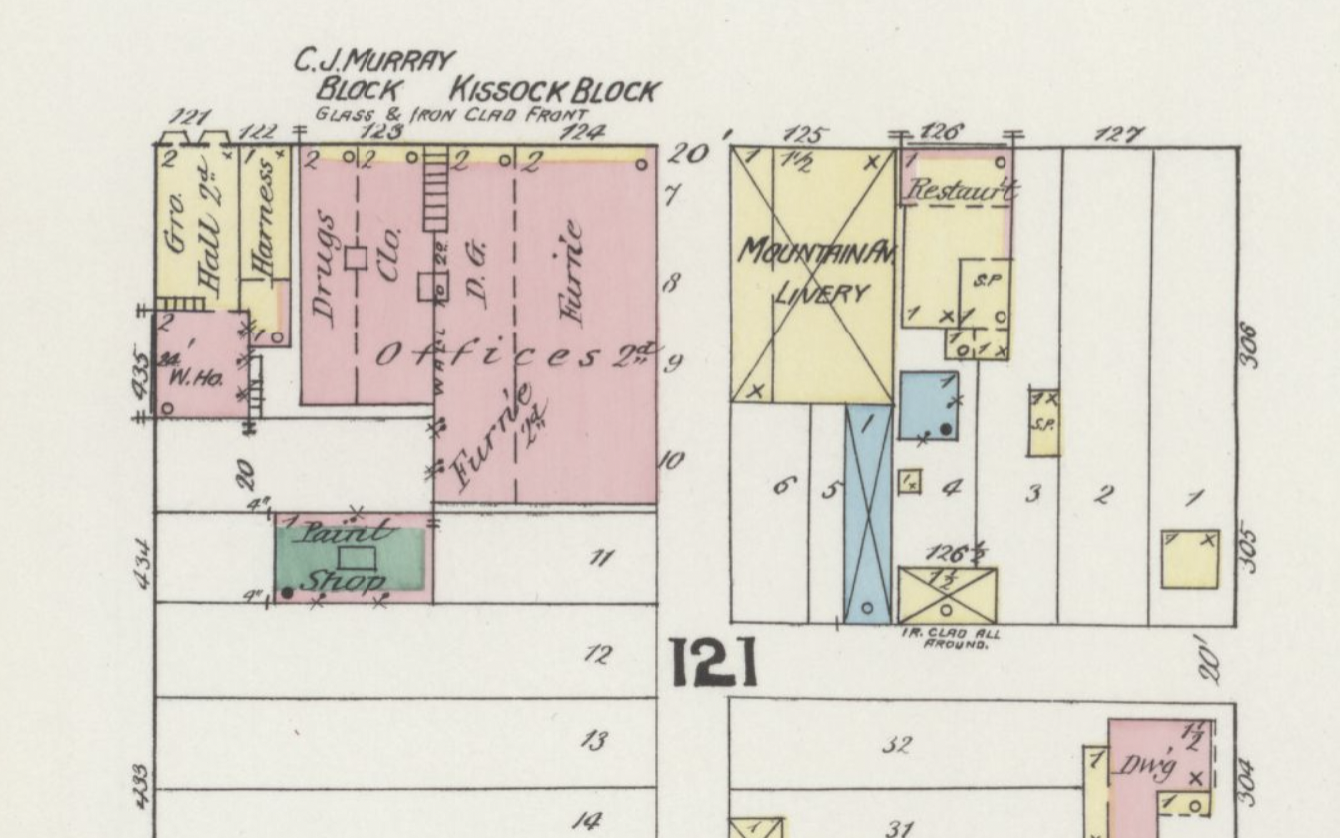 In the 1891 Sanborn map, we can see, from College to Remington along E. Mountain: the same grocery store and harness shop, then the new Murray Block and the new Kissock block, followed by the Mountain Avenue Livery and a restaurant. The house on the corner is now gone.

-“Architect W. M. Fuller is engaged on plans and specifications for a line twostory brick business block soon to be erected for Messrs. J. A. C. Kissock and C. J. Murray, on Mountain avenue, adjoining the “Corner grocery.” The building will have a frontage of 100 feet, sixty feet of which will have a depth of 100 feet, the remaining forty feet extending back seventy feet. The front of both stories will be filled with plate glass, making what is known an an open front. It will be a very handsome block and a credit to Fort Collins. The sixty-foot store room has already been leased to Messrs. Silcott Bros., who will occupy it with their large stock of furniture and undertaking supplies. To make room for the block the frame residence built, and at one time occupied by exMayor Whedbee, will have to be moved to another locality.” (Fort Collins Courier, June 27, 1889)

Did A. W. Scott also move into the building when the Silcott Brothers did? (Sanborn map adds a little confusion. In McMurray or Kissock?)

“A. W. Scott is setting up a new and very handsome soda fountain at his pharmacy on Mountain avenue.” (Fort Collins Courier, April 17, 1890)

Scott moved out of this location in September 1909, moving to 101 S. College Ave.

“We are ready with a new and complete line of hardware in our new location on E. Mountain avenue, in the building formerly occupied by Scott’s drug store. — Gifford Hardware” (The Weekly Courier, September 29, 1909)